When it comes to dating or being in a relationship, there is a lot to manage, and the grey spaces must not be overlooked as they are a part of the deal. There are so many people who call themselves single and have been hard on their own for  a long time searching for love. The rules of being in a relationship or dating have changed from generation to generation, and the statistics for relationships portray the substantial alterations that have taken place over time. 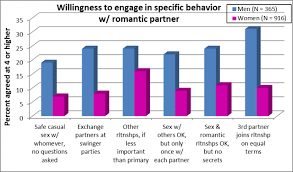 Nowadays, an extraordinary amount of people believe that the old generation love or dating was significantly better, which was all about small gestures, values, and morals. On the other hand, a vast majority looks at love as an online matchmaking process. However, each generation or era has had its relationship pros and cons and had a set of rules that, even though, were not much talked about, but held immense importance. An evolution of romance has been seen in the past few decades, and in this article, we will be bringing the statistics for relationships to the limelight, to understand the growth.

Important Statistics of Relationships (Survey is done on women):

A survey done on women, regarding their dating experiences, disclosed some astonishing results. Before we dig into the past form of romance, here are some “must-know” statistics for relationships that the survey unveiled: 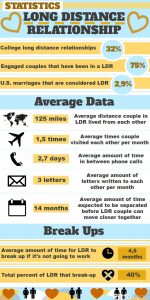 Dating or relationship theory has evolved a lot over the past few years. Online matchmaking apps and websites have taken a toll, and social media influence has disrupted the idea of a kind and healthy relationship. Couples have started building up a fake bubble of expectations or hopes around themselves, which is causing a massive rise in separations and divorces. Let’s dig deep into the statistics for relationships to get to the bottom of the trouble with dating in the modern world and how it is different than the past relationships.

Recent studies suggest that almost 18% of couples in the UK, fight, argue, or consider separating from one another regularly. This indicates that around 2.87 million couples are going through a distressed relationship, which is pretty much surprising because that is a considerable number. Also, Dr. David Marjoribanks states that this daily argument between married couples has a severely negative impact on couples. He also says that due to the negative environment of the house, these kids indulged themselves in crime and did pretty bad at school too.  Thus, we need to understand that a relationship argument is not just affecting the man and the woman but is also extremely harmful to their children too (if they have any).

According to Dr. David Marjoribanks:

“It is not just the actual breakdown of the relationship itself; it’s specifically the conflict that surrounds that.”

Thus, this study held on almost 21k people unveiled that the UK has a large number of people living in distressed and unhappy relationships and are not just harming themselves but are also bringing massive harm to their children’s mental wellbeing. 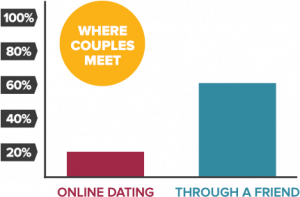 Amongst the 2.8 million couples who are not happy with their relationship, the majority fall prey to the fact that nothing will change, once anything goes wrong. This is a significant flaw in relationships in the modern world, and it was not present in the past. Lack of trust is the major issue here as people or couples in the past understood the hardships of relationships, but sadly, it is declining with every passing day.

Couples need to understand that there is no sunshine without rain. It might sound cliché, but how can you expect your life to be merely colorful when the ups and downs are a part of it? A relationship does not give you the guarantee of a “forever happy “state.

Having arguments or going through financial stress is a normal thing in relationships if you are unable to overcome it then you probably need to go to a relationship counselor because it might help you in redeeming your relation.

A study done in 2014 showed the horrible statistics of relationships in the modern world. Around 9030 divorces were granted in Scotland during 2014 and 2015. Further stats suggested that majority of the divorces were of couples aged 40 or 45. In 2013, 114,750 divorces took place in Wales and England. It was a remarkable rise as the rate of divorce was meager in England in 2012.

Why Relationships in the past lasted longer?

Social media has become a way to carry out a personal conflict with your partner. You fought; you go and tweet a very competitive quotation with “LOL” as your caption. Well, that boosts the fire on the other side too, and things get worse. Instead of communicating personally, people rely on social media, which is why the conflicts are never solved.

Lack of trust is a significant issue in modern relationships. Understand the fact that nothing will work if you don’t trust your significant other. If you are not ready to trust someone, then don’t commit yourself to anyone because it will only end badly.

First of all, a relationship is between two people, and the couple needs to understand it. Nobody hates a little drama, and it never hurt anyone, does it? Once you start sharing a minor problem with a third person, they will poke their nose in all your relationship conflicts; making it worse. ONLY YOU understand your partner, and you need to handle the problem. Don’t involve other people in it, but sadly, modern dating doesn’t work without screenshots and a couple of people guiding the couple about what to do next.

The statistics for relationships are saddening, and they have risen with the passage of the past few years, which is alarming. The number of divorces is, and it has a very negative impact on children too. They are unable to trust their partner also in the future.

The fear of commitment is growing in the modern world, and even if we state ourselves as the “modern generation,” we are losing the morals and values of loving someone. Nobody is ready for a lifelong relationship or commitment, which has been a significant reason for breakups and divorces.

Communication, sharing the burden, loving your partner on bad days, and understanding that your relationship is not a ticket to “happily ever after,” be very important these days! If you don’t focus on the good and keep emphasizing on the bad ones, then it will never get right. Also, if you are not ready for a relationship, then don’t jump into one. Don’t put your loneliness on someone else shoulder. Carry it on your own and don’t allow social media to fool you with the false expectations of a relationship. Keep it real; it is not meant to be perfect.

We decided to delve deep and get a more up to date survey on peoples relationships and dating views please see what we discovered below:

One reply on “Statistics for relationships”