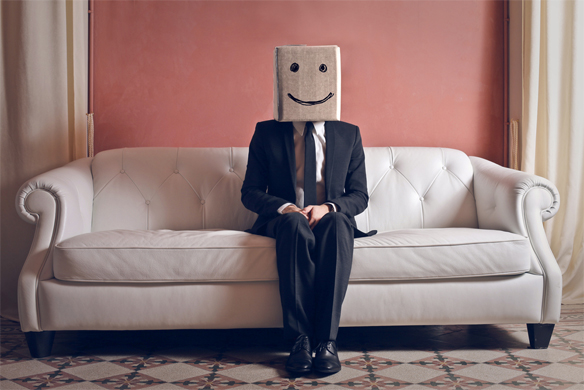 You may have a friend in your life who keeps on saying things like, “I’m not good at anything!,” or when they face a failure or is hurt, they will say something like, “it is time to moisturize my face with tears,” and when someone snubs them or breaks up with him, they will say, “even I will not settle for myself, why would you do so,” or when they are faced with a really embarrassing situation they make a joke, “I put the ace in disgrace!”. This is what we call self-depreciation behavior. 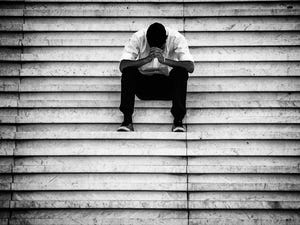 Self-deprecating meaning is “belittling or undervaluing oneself; excessively modest.”

And self-deprecating humour meaning is humour where you put yourself down in a funny way, which people find amusing.

Here is a proper self-deprecating definition so that you can better understand the concept:

“Self-deprecation is the act of reprimanding oneself by belittling, undervaluing, or disparaging oneself, or being excessively modest. It can be used in humor and tension release.”

Are you wondering what some common self-deprecating names are? Let me share some self-deprecation synonyms with you, and you will be able to understand it in a better way:

Some other self-deprecation synonyms are as follows: 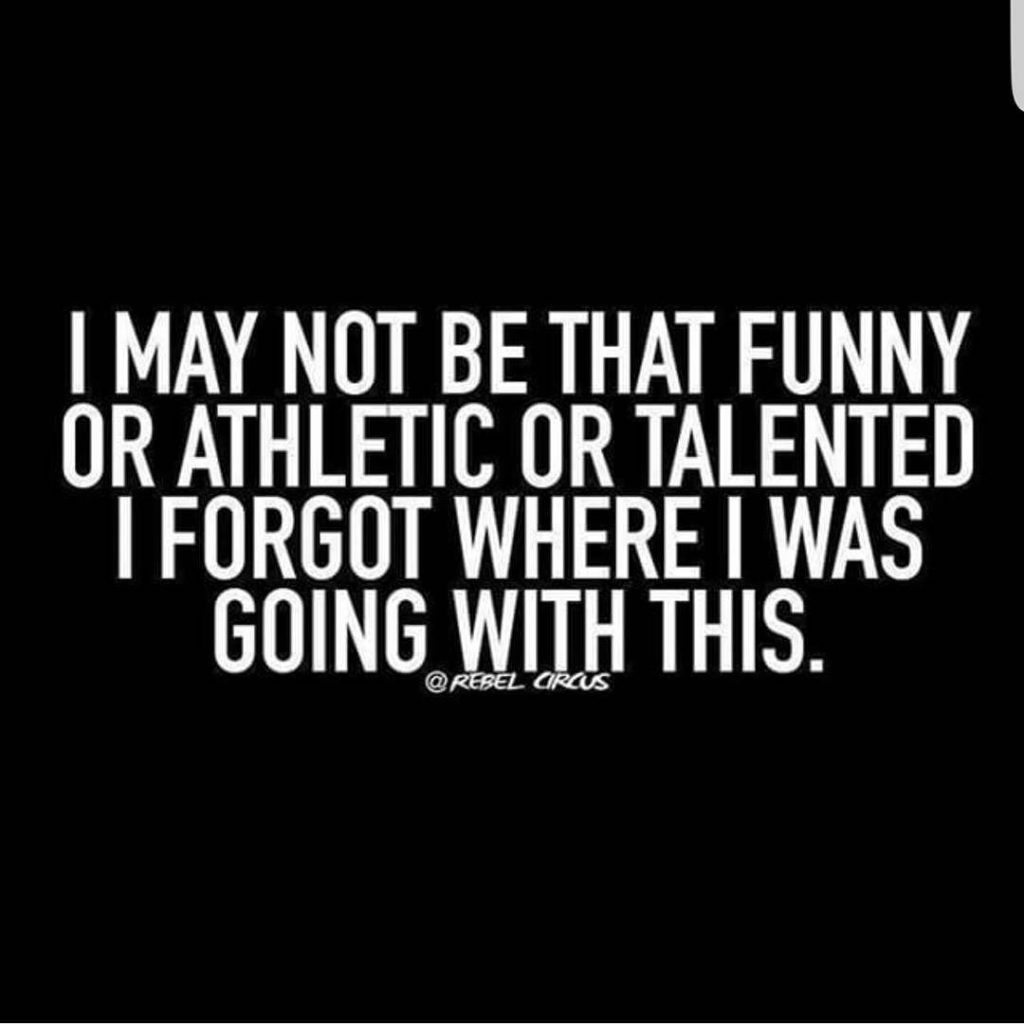 If you are still confused about self-deprecating names, let’s have a look at some of the antonyms: 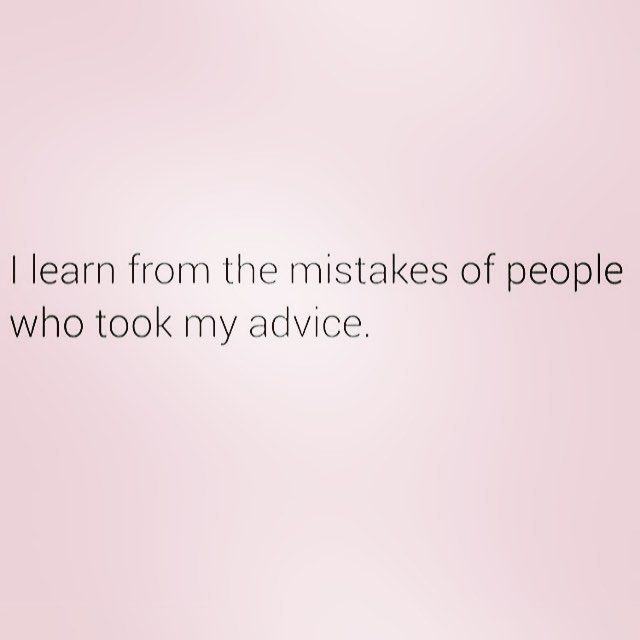 Some simple self-deprecating sentence examples are as follows: 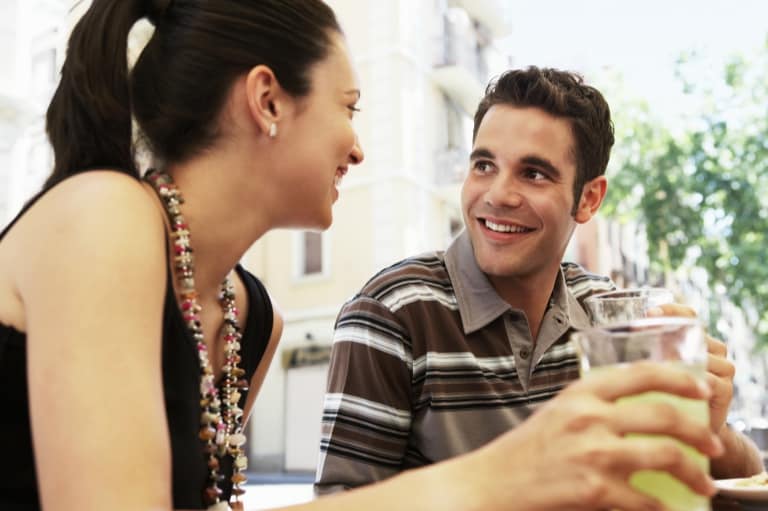 Philosophers of Stoicism recommended self-deprecation as a response when someone insults. Instead of defending ourselves, we should join others in insulting ourselves. According to them, it can remove the sting from the insult. It can upset the one who is insulting as this whole thing is not affecting us in any way which was supposed to hurt us.

In British-English culture, traditionally, self-deprecation is an important element of modesty. They consider modesty as a virtue, and self-confidence demonstration is linked with boasting. It is a characteristic in the United Kingdom, New Zealand, Australia, and Ireland. Here it is frowned upon to blow one’s own trumpet. Belittling one’s own self is considered as being polite by putting first someone else. 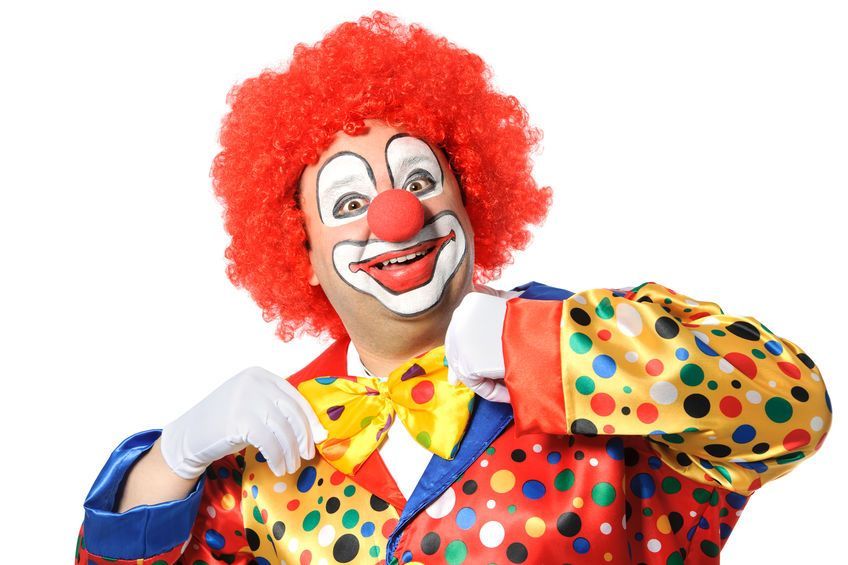 One of the common self-deprecating examples is self-deprecating humour. It is very popular these days. It is a major component in most comedy shows. The audience likes it when someone makes fun of his own self, and they can totally relate to the comedian. 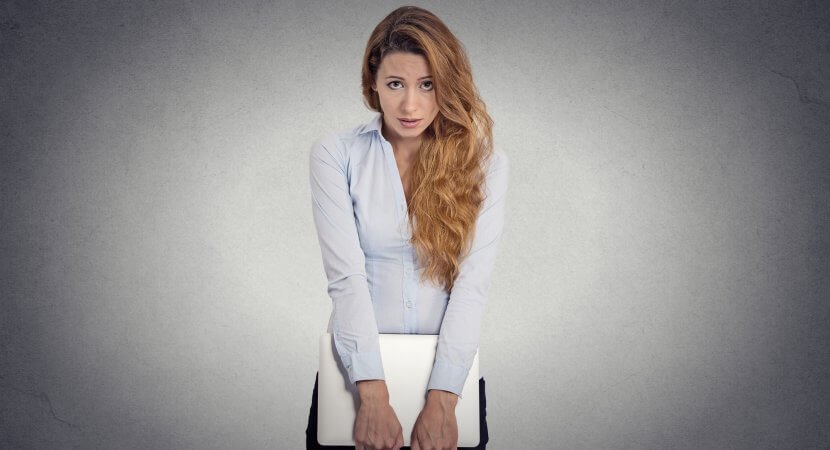 We all have self-deprecating people in our social circle, and when you ask them, why did they do something? They will respond like, “because I am stupid and don’t have any idea what I am doing.” Honestly, I too have several friends like this, and I am not an exception myself. Sometimes even I can differentiate whether it is humour or truth when most people take it as humour. Self-deprecating psychology is not that difficult to understand. In my experience, it is difficult for some of us to show emotional intimacy, and we cannot show our emotions without making a joke out of it.

Why does a person show self-deprecating behavior?

According to self-deprecating psychology, it is a kind of learned reflux we use, often for denying the credit people give to us or to attack ourselves in areas will feel are not good enough. You can describe it as a way used by the brain to monitor the social environment, to which extent you are being rejected or accepted by the people. Thus our own self-criticizing scale is biased. It makes us feel that we are not worthy of praise. The reason behind this is that our focus is on feelings of unworthiness, weaknesses, highlighting shame, and other negative factors. We deal with ourselves the way we would never deal with others. These negative evaluations do not have a positive impact on our health if not controlled and can lead to mistrust and stress ultimately and in some cases depression.

Self-deprecating does not just revolve around telling yourself that you are an awful person. You undermine yourself, your own authority for tormenting and silencing yourself, maintaining humility by claiming to be wrong. Inferiorization plays a huge part in self-deprecation. As we make ourselves smaller continuously, deny ourselves, and torment ourselves for past mistakes that do not matter. Tormenting ourselves is not the right thing to do, as we have our own identity and are not who other people want us to be. It is difficult, no doubt.

I can understand totally I have beaten myself for my actions in the past, that really does not matter, from something in my life that went wrong to not saying  “no” when it was needed. If you keep piling up these mistakes and do not forget about them even if they lost their relevance, it will become difficult for you to move forward.

If someone does something bad, it does not make him a bad person at all. But that does not mean you should ignore your negative qualities. You must use a critical approach to understand positive and negative qualities. Try to appreciate yourself for the good qualities you have and try to improve the negative qualities. A little self-deprecating behavior is good as it allows you to laugh at your failures, but when it becomes extreme, it can be dangerous for you. 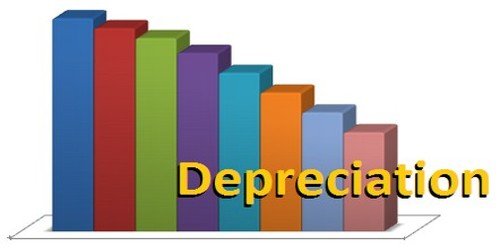 Are you confused about Deprecate vs. depreciate? Let me make it clear for you. Deprecate and depreciate are from two different Latin origins. Depreciate is from Latin depretiare, a mixture of de(from), and pretium (cost). “To depreciate” is to turn out to be less in esteem. For instance: “It’s frequently said that a vehicle depreciates as it has been driven off the dealer’s lot.”

Depreciate is utilized with the meaning “to bring down the value of.” For instance: “The recent crisis in country depreciated value of currency.”

Allegorically, depreciate meaning is “to disparage or belittle.” For instance, “Regardless of what I do, he depreciates my endeavors.”

Deprecate is derived from the Latin word deprecari, a blend of de (from, away) and precari (to pray). “To deprecate,” something was to “ask it away.” In the seventeenth century, the word entered English with meaning, “to pray against evil, to appeal to God for liberation from.” For instance, one may go to church to “deplore God’s judgment,” that is, pray that it may be deflected.

The secular meaning of deprecate is “to plead earnestly against” and “to communicate sincere dissatisfaction with regards to.” For instance, “We deprecate the cruel activity taken against the nearby population.”

Deprecate vs. depreciate? Speakers don’t generally observe a distinction between depreciate (to disparage) and deprecate (to oppose). Since the qualification is a fine one, the words have got similarities.

Self-depreciation humour is good to a limit. But when it becomes a habit, and you actually start feeling depressed about your failures and insecurities, it means it is a time for you to change your habit. Here are some signs  that show that you have unhealthy self-depreciation habits:

While praises are generally all-around expected, the responses that they incite are not generally ones of appreciation. A clinical advisor from the DC zone, notes, “For a considerable lot of us, here and there, hearing words that should cause us to feel great can cause uneasiness, dread, and even frenzy.”

A failure to acknowledge praise could highlight some more profound issues. Individuals with low confidence frequently battle with compliments. Sometimes this can cause a panic attack in a person if the issue is deeply rooted.

It has become a reflex action.

Similar to the case with one of my associates, people having self-depreciation behavior ridicule themselves instinctually. On the off chance that you notice that your characteristic tendency is to participate in self-deploring humour and make jokes at your own cost, without first pondering the purpose, you might need to take some action in breaking this habit.

Your jokes crash and burn.

There is no more terrible situation than saying something that you hope to send a group into attacks of giggling; however rather, it causes the space to go quiet. This is particularly obvious when it is self-deprecating, in light of the fact that the punch line is kind of personal. These circumstances, in any case, can be learning encounters. Next time you face a similar situation, make sure to take some time to think about why your self-deprecating humour made others uncomfortable. You might have gone too far people may question why you are putting yourself down so badly, and you may have to change your self-deprecating patterns.

You self-depreciate when you are alone.

It is extremely difficult to persuade yourself that your self-depreciation is only a way to socialize. It turns into somewhat harder to justify, be that as it may when you’re the just one in the room. We can’t generally control our thoughts; however, we can control how we manage them.

You begin accepting the punch lines.

A definitive sign that you have to back off from self-deploring humour is that you begin tolerating it as reality what you initially expected it to be a happy joke. The purpose of self-belittling is to downplay your blemishes and deal with the defects of humankind, not approve insecurities.

For most of us, memes are a way to forget complications in life and laugh for a while. There are plenty of Self-deprecating memes that can make your day. If you are going through a tough time in career, relationships, studies, or “life,” you will totally relate to these Self-deprecating memes. Here are some of my most favourite memes: 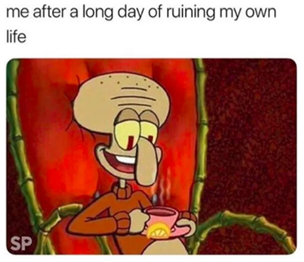 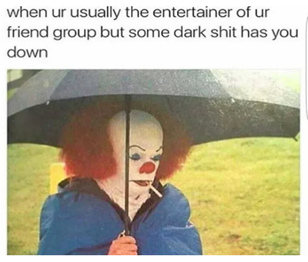 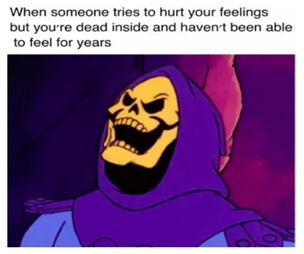 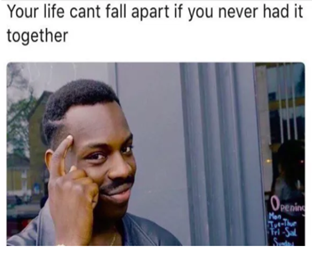 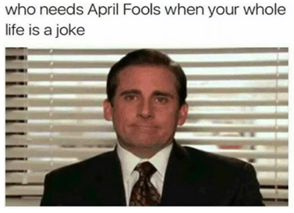 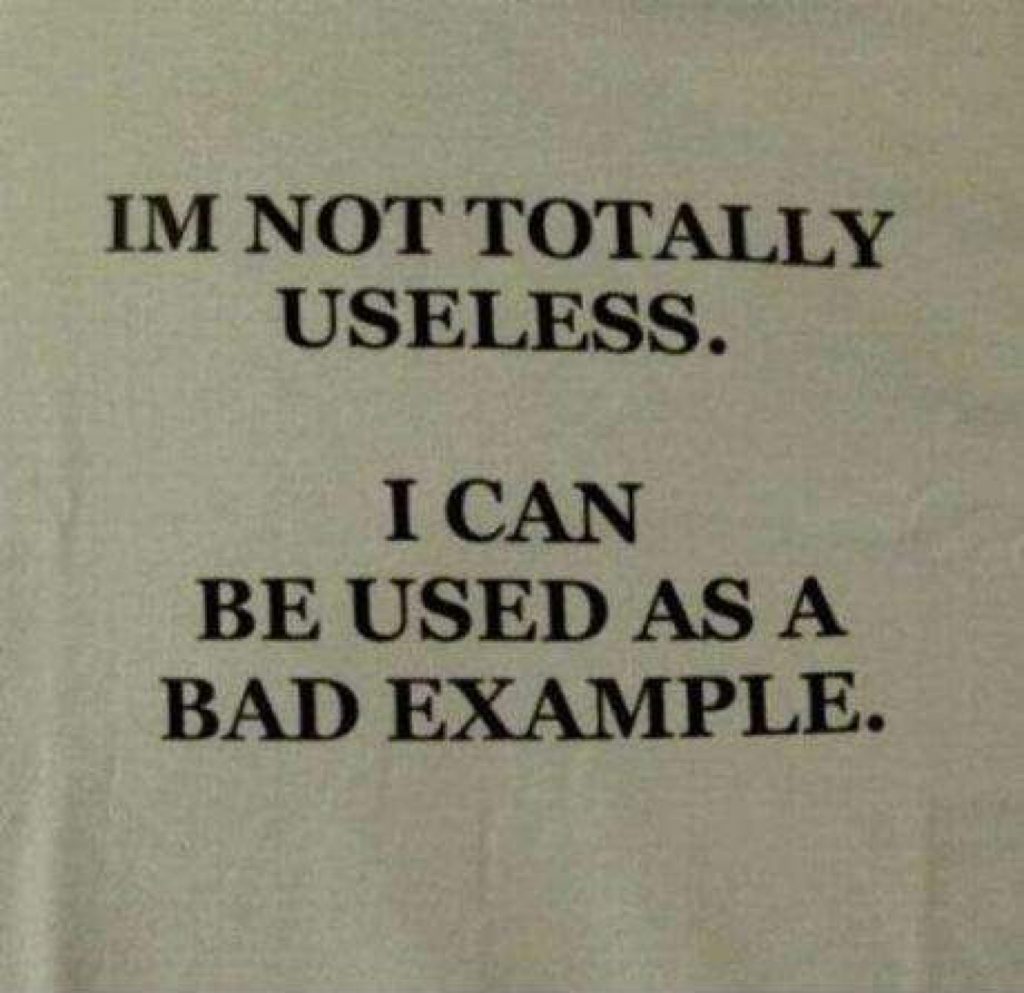 A self-deprecating person is aware of his own shortcomings and weaknesses. The individual is bold and fearless in pointing out their flaws and weaknesses in public. Mostly they do this in a funny way. It seems hilarious how people can talk about the negative aspects of life frankly and in a fun way.

If you are such a person, you might like to read some self-deprecating quotes. You can then use these quotes on your social media to show how relatable it is. So here are some of my most favourite quotes:

All these self-deprecating quotes are, no doubt, my favourite. But this one is close to my heart, and I can totally relate with this one, I know you will also find this relatable if you are a self-deprecating person:

“I’m self-deprecating – I spend a lot of time telling myself that things are OK, as opposed to having to tell myself to get over things.” — Courtney Barnet.

Self-depreciation is an excellent way to deal with your failures to move on with life. It also helps you in dealing with mean people who intend to hurt you. But everything seems good within limits. So if you feel like your self-depreciation habit is becoming unhealthy, you need to break the cycle. Writing a journal and ignoring the mean comments of others by saying “Thank you” can help you with this. If you feel like you are not going anywhere, talk to a therapist about your situation. they will help you in dealing with it with the help of some useful strategies. I hope so this article will prove helpful for you.

Call 03333443853 and have a free consultation today with a qualified life coach.