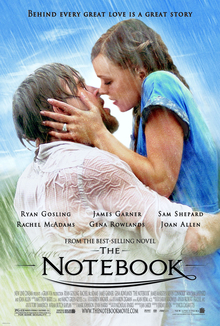 Very often magazines and books create a pretty image of things that can be really dangerous. For instance, we are mostly fascinated with stories about complicated relationships or one-sided love stories, we believe that strong emotions are connected with pain. Moreover, some people find bad guys with stupid jokes very charming and people think that a woman’s best life revolves around getting married and getting pregnant.

Some things may seem harmless but are actually not. But psychologists suggest that if we change our behavior towards these things our lives can get better.

This article is all about romanticizing. You will learn about, what does it mean to romanticize something? How romanticizing mental health issues and pain can be problematic, how there are some other bad things that you need to stop romanticizing and how you can do this.

What does it mean to romanticize something? 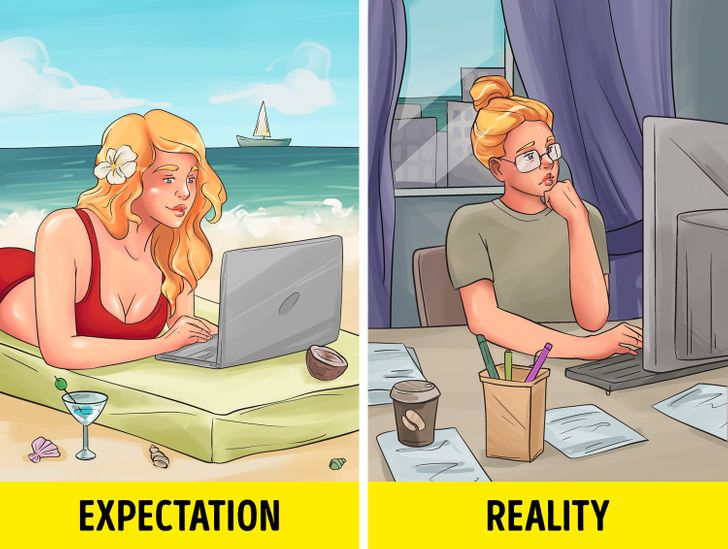 What does it mean to romanticize something? Before moving forward, you must be familiar with the concept of “romanticizing.” 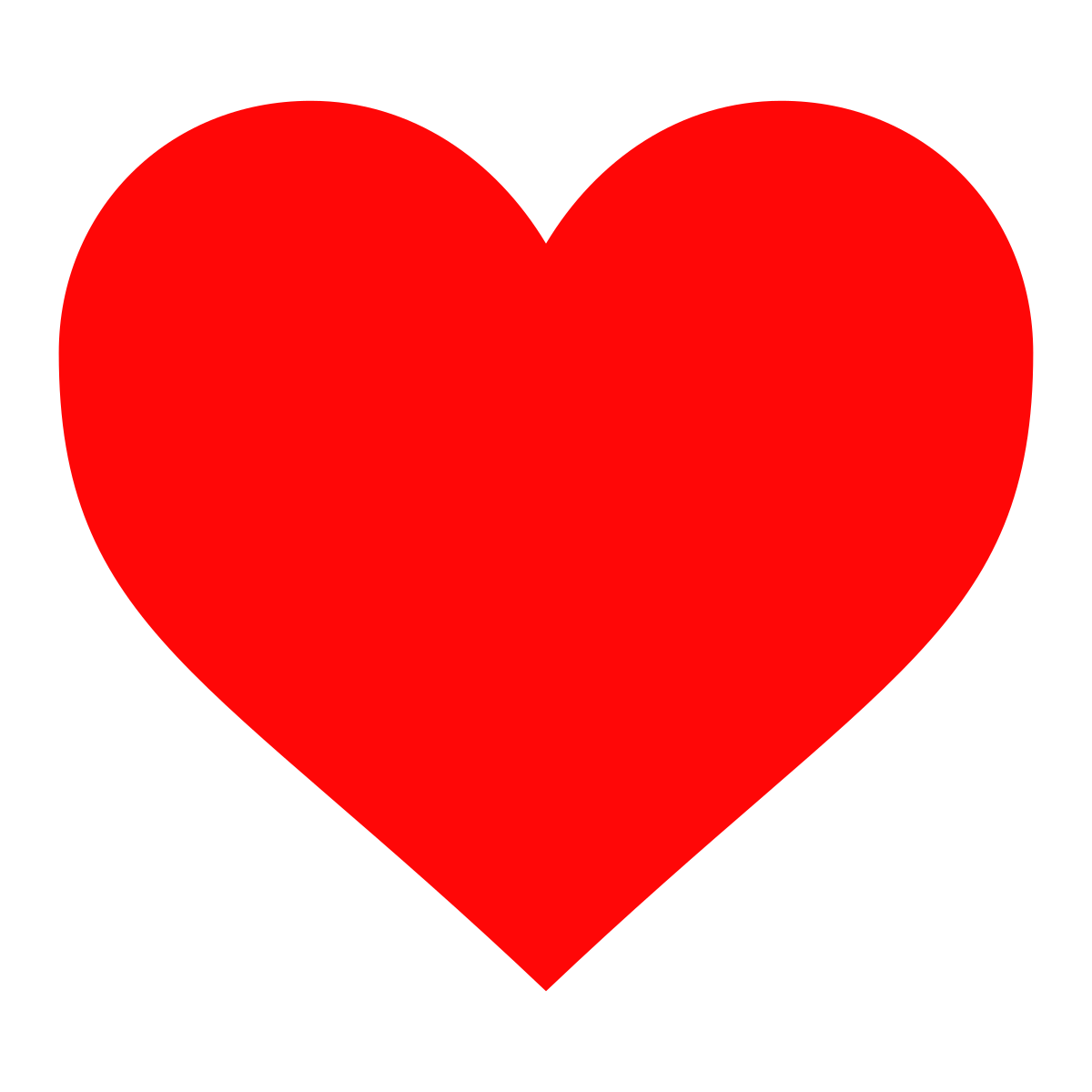 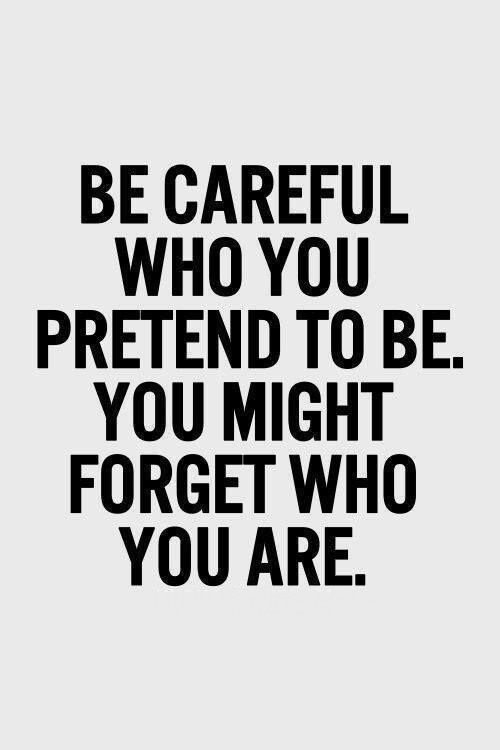 Here is romanticizing definition for you: 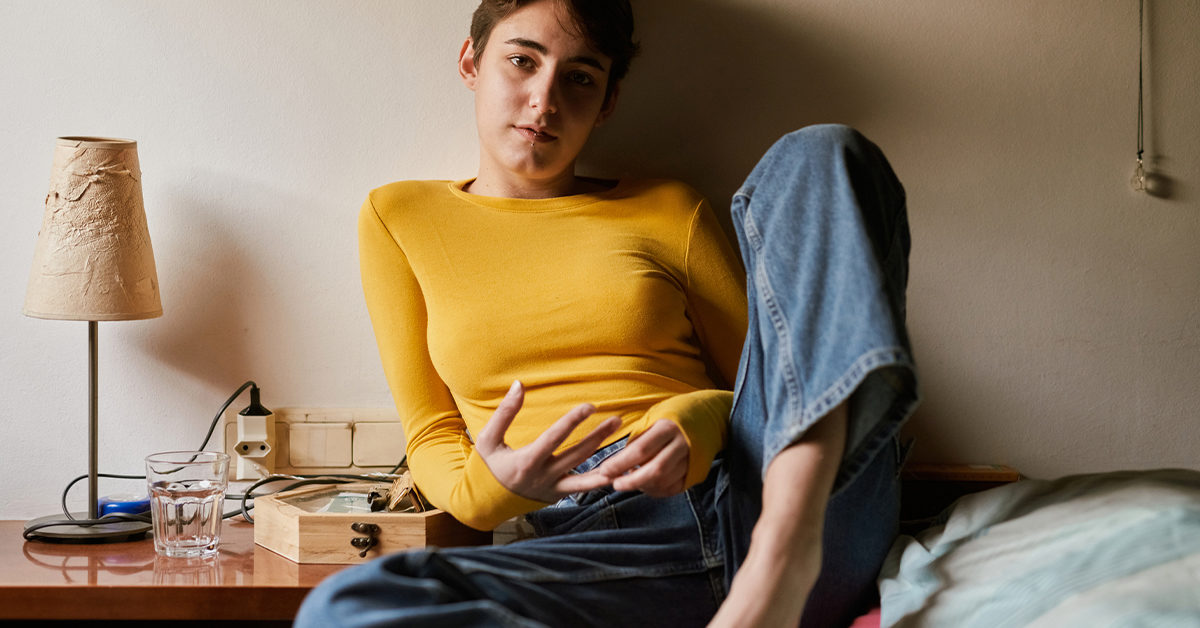 A couple of years ago, no one would ever go to the doctor to discuss their mental health. If someone felt depressed or anxious, they would try to bury their negative emotions and move on with their daily life. It is excellent that these bad old days are disappearing with time. Ordinary people and medical professionals have a better understanding of the problems they are facing. This is fantastic news as seeking help quickly before anything goes to a  very bad stage is easier.

But a lot of people are now romanticizing depression. Having depression, anxiety, or any other condition seems desirable these days. If you see something like, “I feel as if I’m bothering people simply by being alive,” this is what it feels like romanticizing mental health illness.

Mental health issues are real. These issues can ruin your life, not only yours but will also affect your family. This generation of people now thinks that it is adorable to have panic attacks in public, and developing an eating disorder is cute. None of this is true; mental illness is actual “illness.” It can take your life. Additionally, it is also very difficult to accept something like mental health disorder when others think of it as something like a cute personality trait desirable. 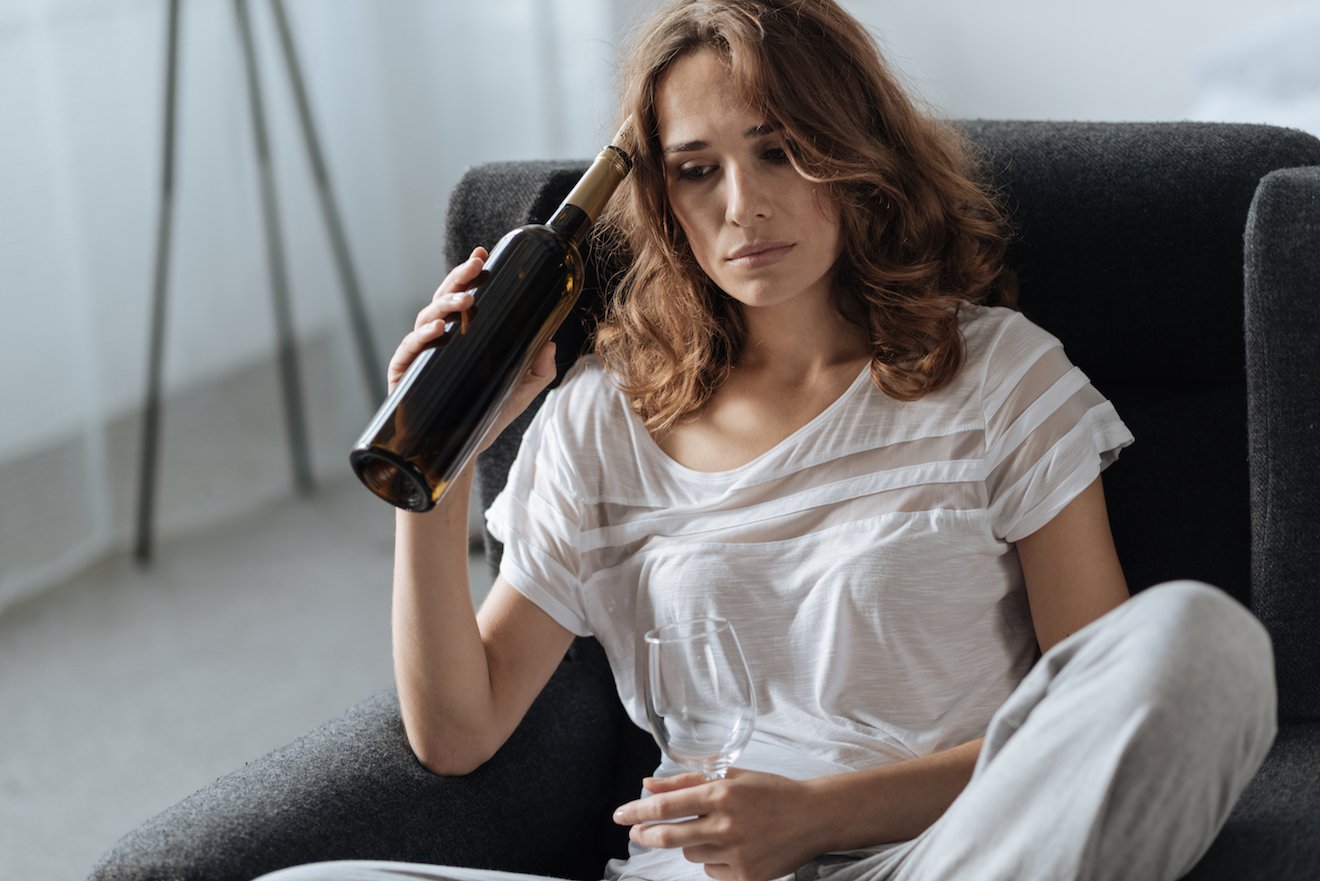 Why are people romanticizing depression? Young people are now glorifying mental health problems because complicated topics like these are trivialized. People love attention-seeking, and it is now what they want, even in the form of sympathy. Moreover, heroic stories like how someone recovered from depression and then become successful also play a part as people think that it is just one stop to success.

People think that having a mental health issue makes them different from the rest of the world. They feel special, and who does not want to feel special. Social media plays a huge role here, so teenagers think they need mental health illness to feel significant in the whole world.

Not only social media but television is also playing its role. Netflix season “13 reasons why” has caused controversy in past years. Especially first season gained both criticism and popularity. The show’s central characters killed themselves to take revenge on other classmates who used to cause her to suffer. This show is a terrible misrepresentation of suicide, which is rarely planned in real life methodically. Also, plenty of songs are made on depression, and these songs are so good that people would love to experience that. 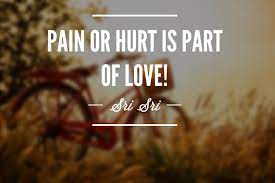 Romanticizing pain is just like romanticizing depression. You do not have to suffer a lot to have a better life. Sometimes we have to deal with pain because of unfortunate circumstances, but that does not mean it is essential in becoming better or successful.

Why romanticizing mental health issues and pain is a problem?

It also makes people with mental health illnesses believe that it is a part of their personality and doing something to treat it is pointless. Different memes are shared on the internet, calling out people for showing dismissive behavior towardsmental health issues. People give excuses for their behaviors and even scoff at the idea of getting help.

When people portray mental health issues as something extraordinary, they take away attention from real people struggling with these issues daily. People who are self-harming don’t get help because others see their problem as a trend. Doctors do not appropriately diagnose people who are depressed as they try to fit in. We can simply say that some people are in desperate need of help, but they are not getting it as others portray mental health issues as something insignificant.

Studies have shown that suicide is contagious; for instance, if there are stories regarding suicide on the news, the numbers of suicides increase. This is very upsetting to hear people need to recognize the seriousness of mental health issues.

How do I stop romanticizing everything? 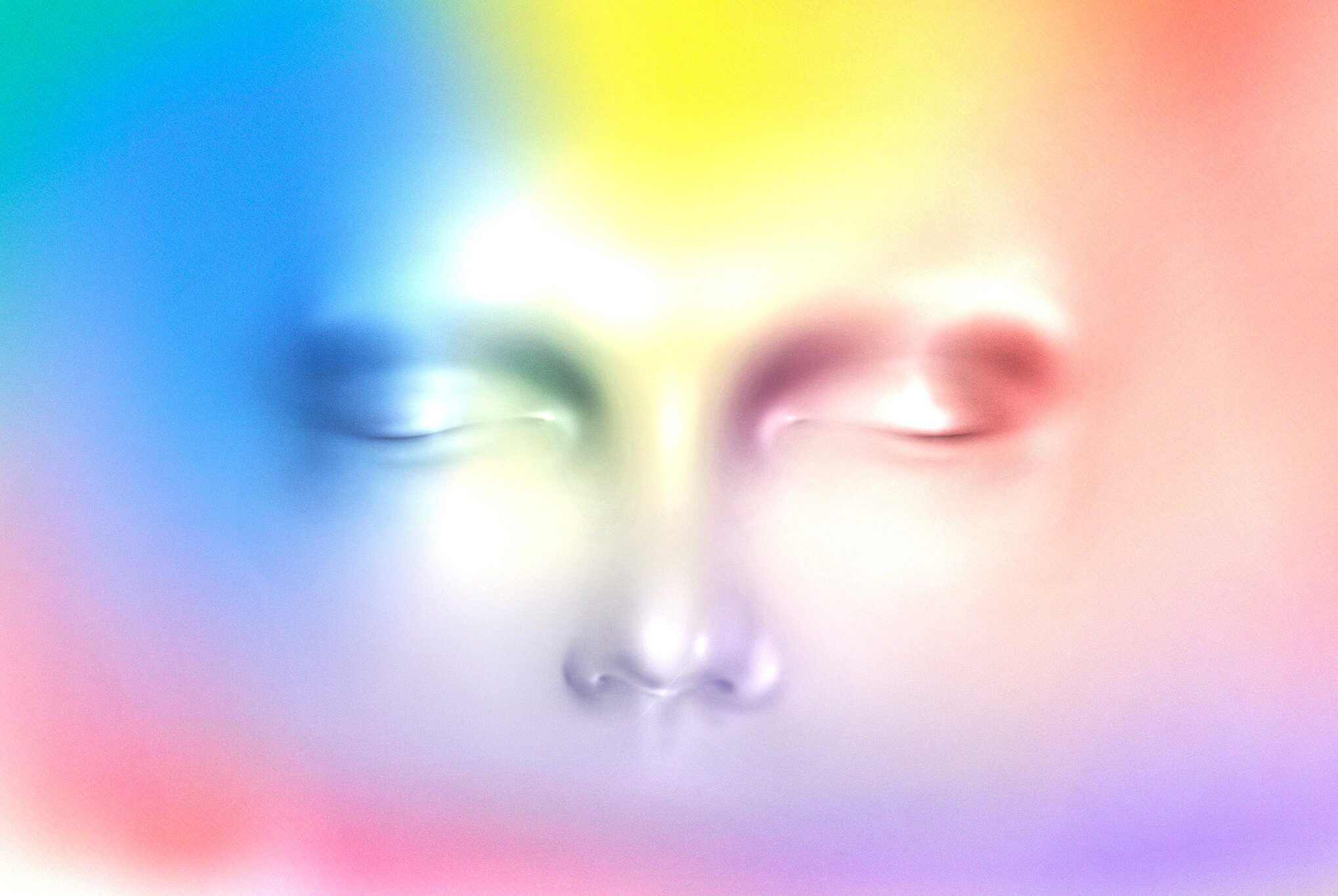 How do I stop romanticizing everything? We romanticize specific ideas. Maybe you want to live in some other decade when everything was a bit simpler, and there was nothing like auto-tune. Perhaps you long for some passionate romance, the type of romance where there are fights and passionate reconciliations. Maybe you want some excitement and do not care where it comes from.

It can be very entertaining to escape reality and daydream from time to time; certain attitudes and lifestyles society presents as desirable and cool, which are more harmful than fascinating. We do not check ourselves  and what we are looking for, what we feel, and what we want, and this disconnect can damage our mental health.

When you are building your life, you need to think about what to fill it with, make sure that you are making fact-based decisions and are not romanticizing your reality.

Here are a few things that you need to stop romanticizing and how you can do this:

This “ride or die” thing is highly overrated. It is a term you might be familiar with used to romanticize toxic relationships. The whole idea about love being dramatic, dangerous, or painful is completely wrong and unhealthy. True love is comforting and calming. It feels like after a long tiring day, you came home to find comfort in a warm blanket. It does not seem fatal potentially, but it is really dangerous.

So, it would help if you stopped romanticizing a toxic relationship. Your partner is emotionally manipulative, lazy, destructive or a bank robber, get out of here. You deserve better than this, so look for that blanket you deserve.

Directors now make charming sociopaths lead characters of their shows and movies. You might remember the show “Sherlock” in which a detective is charming but imperfect at communication. Fans loved seeing him expressing his feelings when they were not expecting. But it is hard to connect with something like that in real life as they do not know what love, compassion, or love is. So, it would help if you stopped living in your dreams like that it can be emotionally damaging.

There are a few politically incorrect things about mental health issues. A lot of things are needed to be addressed to clarify the concepts. You need to understand that you are not depressed just because people are not replying to your texts or getting enough likes. You are not bipolar just because a movie makes you feel sad and happy at the same time. Having stage fright is one thing, and it has nothing to do with anxiety disorder. These are some severe conditions. So do not try to exaggerate your situation or normalize it.

It would help if you did not let the internet tell you that you are not OK. Do not believe these online quizzes telling you otherwise. Experiencing depression is not cool at all; it does not make you special. Mental illness should not be trivialized at any cost.

If you feel like you have some problems, instead of scribbling on social media, seek professional help and get diagnosed. Talk to people who care about you, not your social media followers who do not show up. Talk to a therapist. GET SUPPORT NOW CLICK HERE BOOK A SESSION

Most importantly, do not label yourself as someone mentally ill as ifyou are not. Even if you are, you need to do something about it practically you need love and support not ridicule or judgement.

Because of a paranoid fear of seeming as though everybody’s grandparents were famous and rich, it appears that, while fame was once something individuals accomplished in the wake of achieving something remarkable in their separate fields, studies suggest that it has become a goal for most people. Because of this enormous change, people do not focus on growing or learning anymore but on getting attention.

You need to understand that fame is not everything you need. You should focus on your growth, skills, career, family, and love. Personal development is significant.

There’s an explanation that most of the stories and movies we watched in our childhood ended when two people got married. Weddings can be fantastic demonstrations of individuals’ adoration, yet they’re  simply the start of a journey together that can be troublesome and disappointing occasionally. Toss a crying, clapping baby in this whole drama, and the whole thing becomes even more romantic.

This is false; marriage and having children can be your goal if you like, but your life must not revolve around it. You should not rush and marry anyone just because you want to get married. Think clearly about it, marriage is a good thing, but it comes with many responsibilities. Practical life is not like fairytales. So, it would help if you were more realistic.

It might feel cool in old-fashioned movies, yet smoking can prompt everything from stroke, cancer, emphysema, and heart disease. Furthermore, it’s costly, and the smell is practically challenging to dispose of, so you wind up strolling around possessing a scent like an old ashtray.

Romanticizing smoking is very common among teenagers when they see their favourite characters in their favourite shows and movies doing it. But this is not the right thing to do. Before you think about how cool smoking makes you look, think about all the drawbacks it comes with.

Reddit provides people with an excellent platform to share their thoughts and finding solutions to their problems. So here are some suggestions by Reddit users on “how do I stop romanticizing everything,” especially toxic relationships and people.

Romanticizing something is not that bad, but it becomes a problem when you completely cut off with reality and daydream. You should never romanticise a few things, like bad habits, toxic relationships, and some other troubling things.

So, this was all about romanticizing; I have tried my best to share some helpful information with you hope you will find it useful. BOOK A THERAPY SESSION NOW AND HET SUPPORT CLICK HERE.