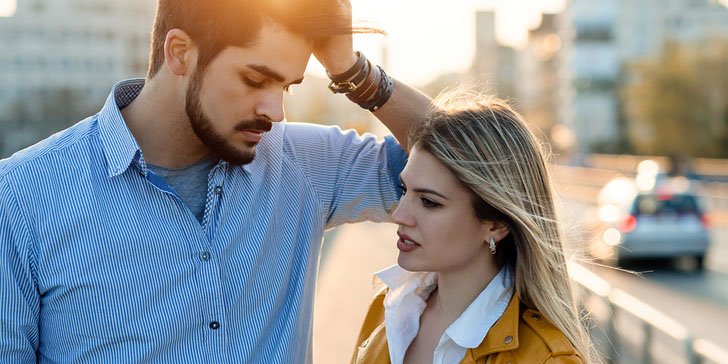 Are you feeling betrayed and broke up??? Does she leave you because you asked her to sleep with you? Are you still asking the same questions from yourself? Why are you blaming yourself if she won’t spend the night with you… here we are going to discuss the facts about why women always wait to have sex and how a man behaves if she wants a woman to stay in his life. Let’s talk a case similar to you and learn why she won’t spend the night with me????

That was an amazing evening, they had dinner, they chat about everything, and she was a wonderful personality. After that evening they met a few more times and then he told her about his feelings. Firstly she became shocked then he saw twinkling in her eyes, and a wide smile spread across her beautiful face. That was a priceless moment for him. After day by day, they were coming more close to each other. He was happy to have her, but what happened they broke up? Why she left him broken???

After a lovely dinner, they both went for parting, and that time he finally asked her about spending the night with him. The idea of sleeping and word Night creates a knot in her stomach. She refused to sleep with him. What was the reason? Why she won’t spend the night with him? He was pretty sure that she would not reject him, but her reply leaves him surprised.

She said, “I am sorry, I can’t spend a night with you” this was true that she liked him but what happened after his proposal of spending the night.

After that, she started to behave differently. There is no doubt that they enjoyed each other’s company a lot; they shared everything about each other. He was comfortable in her company, but after that day everything becomes changed. She started to ignore him, and after some time he also stopped calling her. She never saw him after that night, and yes it is painful to see your love ignoring you. He was not going to pressure her if she doesn’t spend a night with him, but she had chosen to ignore.

In the above mention case, both the partners took the terms of having sex and sleeping together interchangeably wrong. These two terms are hugely different, and both have different meanings. Let’s discuss the meaning of both terms.

Sex, it is a physical activity that people that are centered around to pleasure and fulfilling needs. Yes, it is physically vulnerable but doesn’t involve emotions every time. One can have sex anywhere, whether one partner is feeling safe or not. One can perform sex anytime, anywhere because this act only requires physical presences and don’t require emotional attachment from the person.

But sleeping together is the whole different thing……

For many people spending time together is more vulnerable than having emotionless sex. But some for some men and women it is too much. They are comfortable to have sex with a person but don’t feel comfortable sleeping on the same bed. Moreover spending the night with each other often lead a happy relationship to disasters and misunderstandings.

Sometimes women wait to have sex with a man. There are different reasons behind this let me tell you a few ones.

In which way a man should behave if he wants a woman to trust him?

The relationship is also based on the behavior of a man like how he treats his woman and how should he can make a woman to trust him.

If a man respects a woman then he can do anything to protect her physically or emotionally.

These are the ways that a man can choose if he wants a woman to fall in love with him or trust him completely.

Are you broken? Are you tired of living in a meaningless relationship? Why do you want to go back to your ex? Why you can’t seek the help of professionals in these types of tiring situations? Sometimes you need medications and you want someone to console you, and https://relationshipsmdd.com/ is all here for you. Set your appointment today with Miss Date Doctor and discuss your problem with professional consolers.

One reply on “She Won’t Spend the Night with me?”